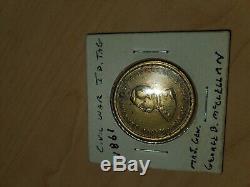 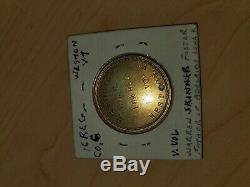 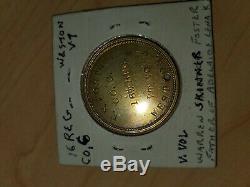 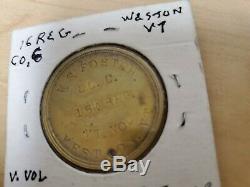 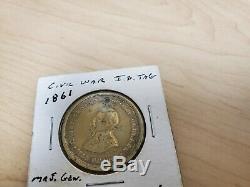 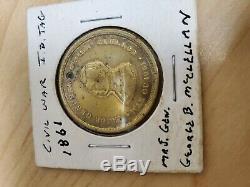 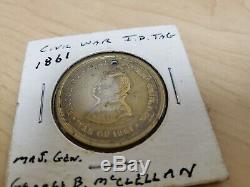 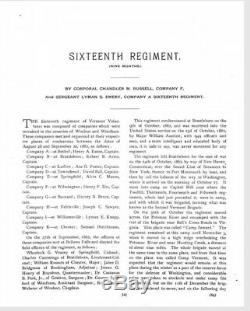 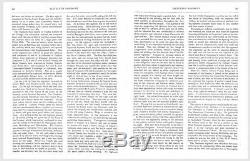 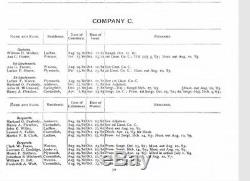 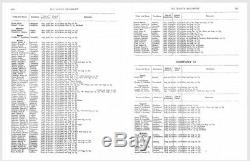 Beautiful tag passed down through generations, in great shape and well protected for the last 150 years! Below is the history of W. Foster, his family genealogy and enlistment and regiment information. The posted pictures are from Revised Roster of Vermont volunteers during the war of the rebellion 1861-66 enlistment records in the cornell university library published in 1892. These documents are available online as well.

The 16th Regiment, Vermont Volunteer Infantry (or 16th VVI) was a nine months' infantry regiment in the Union Army during the American Civil War. It served in the eastern theater, predominantly in the Defenses of Washington, from October 1862 to August 1863. 16th Regiment Infantry COMPANY C. Organized at Brattleboro and mustered in October 23, 1862, for nine months.

At Bristoe Station, Catlett's Station and Manassas until June 15. At Union Mills until June 25.