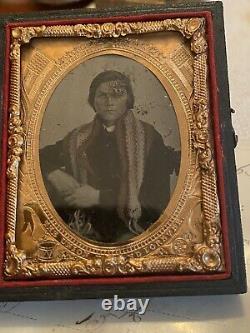 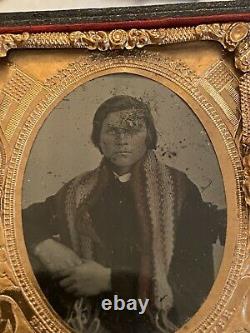 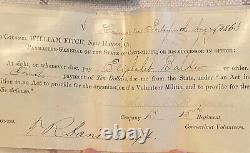 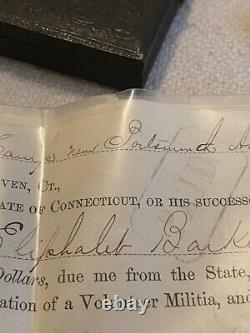 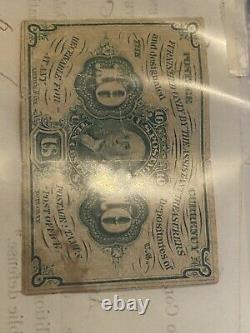 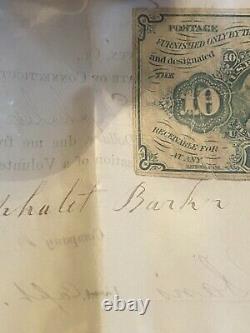 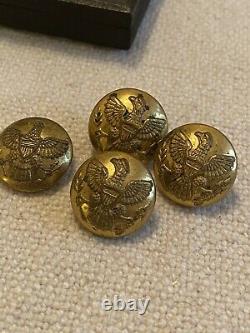 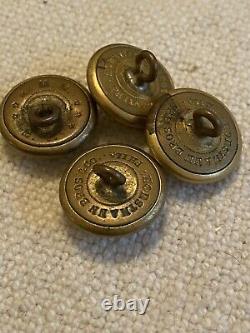 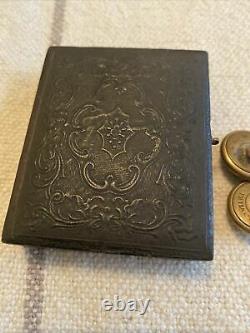 Archive of a Connecticut man enlisted in 1861 and was discharged for being under age, then re-enlisted in 1862, and was eventually taken prisoner and released at the end of the War. The pay voucher lists him as Eliphalet Barker, but he shows up in the rolls of the 15th Connecticut as Ammi B. The image is a ninth plate tintype in a leatherette case with a patriotic matte, and shows him in a sack coat with a woolen scarf around his neck. The voucher is dated August 29, 1863 from Camp near Portsmouth.