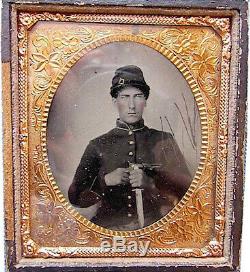 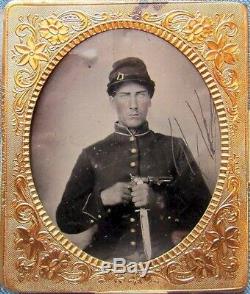 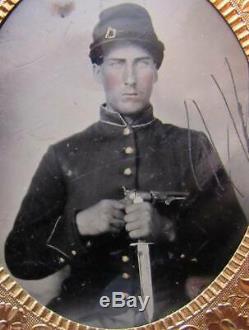 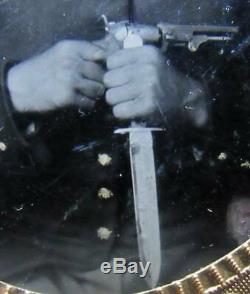 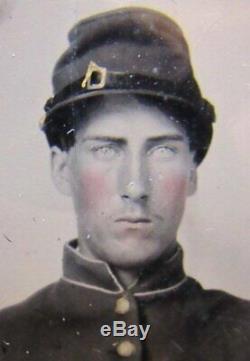 Extraordinary detail of soldier's dress uniform and particularly amazing detail on the Colt revolver and Bowie knife. With just some minor scratches primarily in the blank area not affecting the image. That said it is particularly nice with great contrast and clarity and bright (many or most are dark).

Offered is an original Civil War period 1/6-plate tintype in half case of a Yankee soldier armed with a M1849 Colt's revolver and and large Bowie knife as shown. Image has scratches as shown, mostly out of the field of interest. Soldier's image is sharp, detailed and clear - has GREAT detail of the knife and revolver.