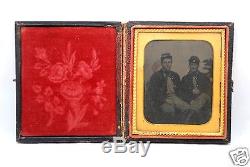 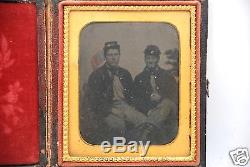 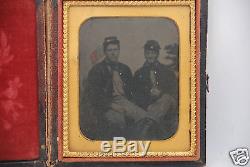 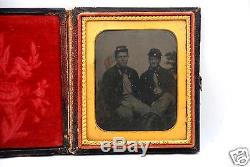 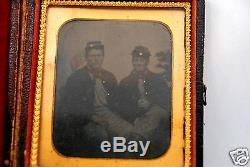 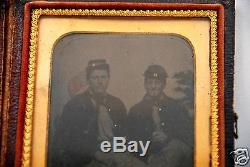 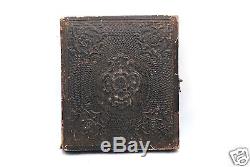 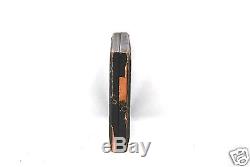 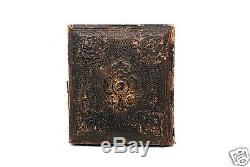 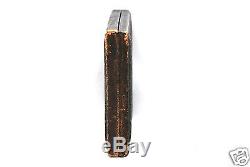 Up for sale is an Exceedingly Scarce, Fine Authentic Original Tintype Photograph circa early 1860's of two Union Soldiers which appear to be a Father and Son in uniform. Inside Velvet Lined Case, the soldiers are seated below an American Flag. With highly detailed red, white, blue and gold embellishments on the flag and the uniforms. This tintype is in great condition as shown in the photos. There is a border line encircling the tintype where it looks like it had shifted to the lower right under the inner frame.

The case is complete, retaining the spine holding it together, and in good condition with some loss and wear to sides and corners expected from age. The size is 3 3/4" x 3 1/4". This is a fine example of a scarce authentic two soldier possible Father and Son tintype photograph worthy of a museum and/or the most discerning of private collectors from the early years of the Civil War. The item "Exceptional Tintype Photograph Father & Son Civil War Union Soldiers withUS Flag" is in sale since Sunday, May 07, 2017. This item is in the category "Collectibles\Militaria\Civil War (1861-65)\Original Period Items\Photographs".