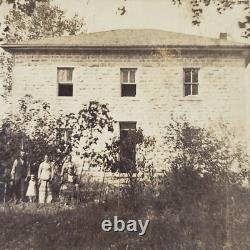 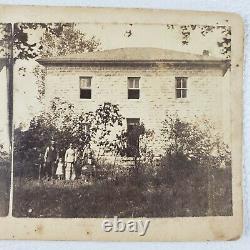 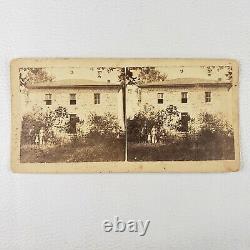 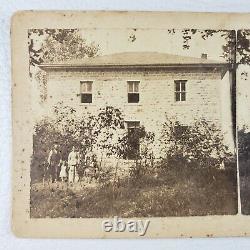 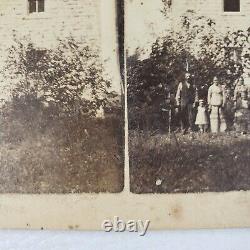 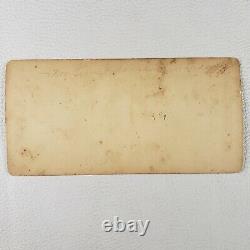 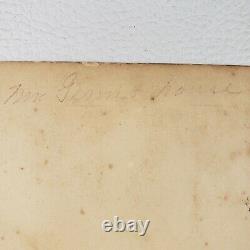 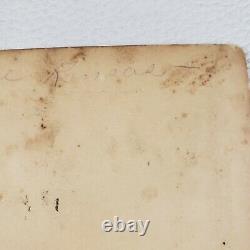 I believe this to have been a house in Wamego, Kansas; the home of Josiah Thomas Genn, his wife Malina, and daughter Martha. I'm unsure who the other two people would have been. Here's an excerpt from "A Standard History of Kansas and Kansans, " written and compiled by William E. Genn has heen called to office and public trust and responsibilities.

His first big public service was when he enlisted in 1862, on May 20th, in Company L of the Eleventh Kansas Cavalry. This regiment for a time was commanded by Col. Plumb and afterwards by Colonel Moonlight. He saw active service along the frontier and in the campaigns against the Indians in the far Northwest.

Genn particinated in several fights with Indians in Montana. He went in as a private and was mustered out in September, 1865, as a sergeant. He has always remained a faithful old line republican. While living in Wabaunsee County he served as a justice of the peace, and at Wamego was elected to the city council, serving six years. On account of advancing age he finally resigned that office.

He was also street commissioner six years and park commissioner fifteen years, serving as president of the board ten years. Formerly he was president of the Wamego Cemetery Association. He is a Mason, being affiliated with Wamego Lodge No. 75, Ancient Free and Accepted Masons, is king of Wamego Chapter No. 53, Royal Arch Masons, and belongs to Topeka Consistory No. 1 of the Scottish Rite.

Publisher and photographer are unknown. Standard-size stereograph, measuring about 3.5 x 7 inches. All of my paper items are protected in archival-safe polypropylene sleeves and pa. This item is in the category "Collectibles\Photographic Images\Stereoviews & Stereoscopes".

The seller is "calamityphoto" and is located in this country: US. This item can be shipped worldwide.