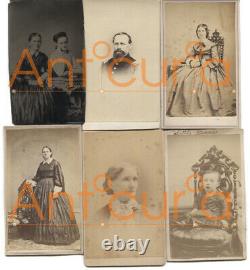 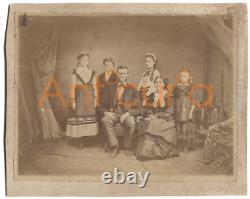 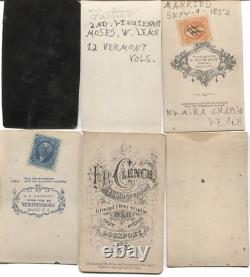 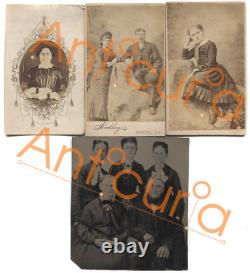 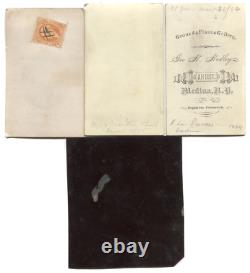 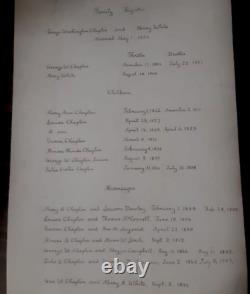 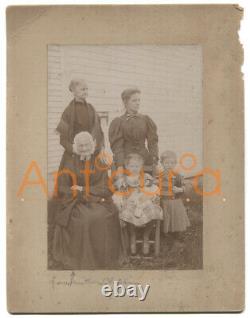 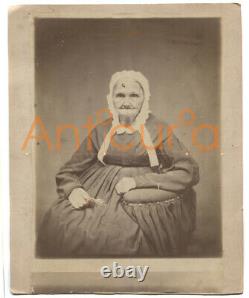 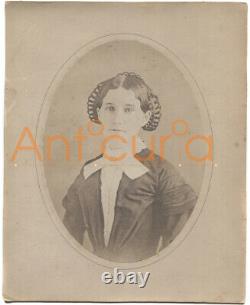 Leach was present at the train raid at Catlett's Station in Virginia by Confederate raider John Mosby on May 30th, 1863. The lot includes one CDV of Moses W.

Leach and several of his wife Almira Alinda Chaplin Leach and members of their families. Also included in the lot is an identified CDV of Mr. William Bush and a CDV of Ida Servoss, both of Medina, New York.

Also in the lot is a large format family portrait of Leach's family, a large format photo that is unidentified, but who appears in other of the tintypes with Leach's wife and two large format pictures of members of Leach's wife's family members including identified "Grandmother Chaplin" and Lucinda Chaplin. The large format photos date later than the tintypes and CDV's and all are about 10 inches (longest dimension). The lot consists of eight CDV's and two tintypes. The photos were found in a storage unit of a long-closed antique store from the Buffalo area along with the hand-written family record that is pictured (but not included in the lot), which was given to Almira Leach in 1901.

Refer to the photos for a better idea of the family members included, the condition of the photos, types and markings, you will receive the exact lot of photos that is pictured. For size reference, all CDV's are normal sized CDV's. Vintage or antique items with remnants of original contents are not for use or ingestion. Sound quality of analog recordings is hit or miss, playability is not guaranteed. This item is in the category "Collectibles\Photographic Images\Photographs".

The seller is "anticuria" and is located in this country: US. This item can be shipped worldwide.